The numbers of electric vehicles are set to increase. Charging these rising numbers of EVs will have an impact on local electricity networks.

What is the problem that we are solving?

The numbers of electric vehicles are set to increase. Charging these rising numbers of EVs will have an impact on local electricity networks. Smart charging, as trialled by the original Electric Nation project, will help to move demand away from peak times. However vehicle to grid charging offers a lot more than just smart charging: it offers the ability for potentially millions of EVs to smart charge using renewable energy and act as battery storage facilities, and then put energy back into the grid if needed. This means that rather than EVs being seen as a problem in relation to grid capacity, they can be an important solution to help balance the grid.

If EV owners have solar panels at home then their cars could be charged from the sun, and spare renewable energy could be put back into the grid at peak times, which would mean that the grid uses less fossil fuel generation.

For these reasons, V2G is a great concept, but it hasn’t yet been trialled sufficiently on Britain’s electricity networks to enable it to be rolled out on a country-wide basis – hence the need for this trial.

An example of one challenge relates to connecting V2G chargers to the grid. Although the chargers in the trial are single phase, ie. for domestic use, they are still just over the limit for grid connection applications. Individual DNOs around the country with their own network planners look at this differently; this project aims to help with such issues.

The original Electric Nation smart charging project was scoped in 2015/16. Since then the number of plug-in vehicles on UK roads has increased nearly five-fold and will shortly pass 250,000 – and this is at a time when we are also about to see a significant rise in a wide range of low carbon technologies deployed, as the UK moves towards Net Zero.

The Electric Nation smart charging project successfully examined the impact of EV charging on local networks and also showed that smart charging is a highly effective way to mitigate any possible excessive demand. In the last two years bi-directional charging has emerged as a likely feature of the domestic EV charging market, with energy suppliers and car manufactures now commercially offering combined car leasing and energy plans including bi-directional charging. In addition, the UK government has awarded up to £40m in grants to explore the introduction of this technology.

As the unit price of V2G chargers falls in the future (supported by Innovate UK project investment), and with exploration by energy industry participants of providing flexible, smart low voltage (LV) level energy services to consumers, V2G is an important development to understand, and to consider how to most appropriately interact with. The power input/output is significantly higher than domestic battery systems, as is the battery capacity of EVs compared to domestic batteries – and there are more than 30 plug-in vehicle models due to come to market over the next 18 months (with 50kWh and larger batteries).

For the first time, the National Grid’s 2019 Future Energy Scenarios predicted how many consumers may be participating in V2G services by 2050 (10-15%) – and this estimate is likely to rise significantly as consumers become accustomed to smart service participation. New research from Smart Energy GB suggests, despite some resistance around the smart meter roll-out, around 90% of householders are open to smart tariffs.

Also, as outlined in the UKPN SmartCAR report, there is a balancing act to be struck between market solutions and the need for the DNO to monitor and intervene when maximum network load is reached. V2G could provide an important additional tool for managing these areas. This project can provide an important insight into how the market and the DNO can operate for maximum benefit for all customers.

As the new era of smart services emerges, LV networks will need to be protected where a wide range of energy services companies are independently optimising domestic energy resources to meet their particular objectives, and those of their end-user.

This project intends to offer up to five energy services companies the opportunity to manage and optimise their own diverse business models across 20 V2G units each. This proposal of bi-directional services with up to five energy suppliers provides a much greater use of energy flow of the stored energy within the vehicle battery which can potentially be utilised to support the LV network during times of peak demand.

The aims of the project

Why the project is innovative

This project will study the real-world effects of V2G charging and look to provide a smart solution to provide management. V2G is due to become a common feature on many more vehicles with the announcement that CCS charging protocol is aiming to offer this in 2025 (CHAdeMO charging protocol does this now) along with the UK’s leading work in this field accelerating the business case for many energy suppliers.

A considerable amount of research is being carried out in the area of V2G, however this is generally supplier or charger company-led and does not focus on the likely real-world situation for a DNO should many EV users utilise this technology. In contrast, the Electric Nation Vehicle to Grid project includes multiple trading stack providers to reflect that when V2G is ‘business as usual’, multiple energy supply strategies will be in play in any given part of the LV network.

The project will operate up to five different energy supplier strategies simultaneously using V2G to imitate a future world in which many streets have a number of EVs charging in this way, operated by different energy suppliers. CrowdCharge would also look to add in smart charging data to the modelling to explore the effect of a mix of V1G and V2G. Further demand management will be trialled across the whole system to explore how much intervention is required to keep within the limitations of the low voltage network.

Scale of the project

The project will engage and recruit between 90-110 participants to install V2G charging and control equipment in domestic properties across WPD’s four licence areas. The chargers will be split into various groups of similar size and assigned to the project’s energy suppliers (up to five). Each supplier will then use their group of chargers to test their various energy services utilising CrowdCharge’s demand management charger platform which provides optimised charging sessions. The effect of these services on the LV network will be modelled and reported on, including using this real-world V2G data in a network assessment tool.

The scale size of 90-110 chargers is large enough to provide a real-world data set of the effect on the LV network and subsequently a more holistic view of the impact of V2G on the LV network in varying locations across WPD’s licence areas. A smaller sample size is unlikely to include a sufficient range of charging/driving habits of the public, thus decreasing the learning potential. As V2G is only suitable for 2-3 vehicle models, the sample size can be smaller than the Electric Nation smart charging trial from a technical standpoint. 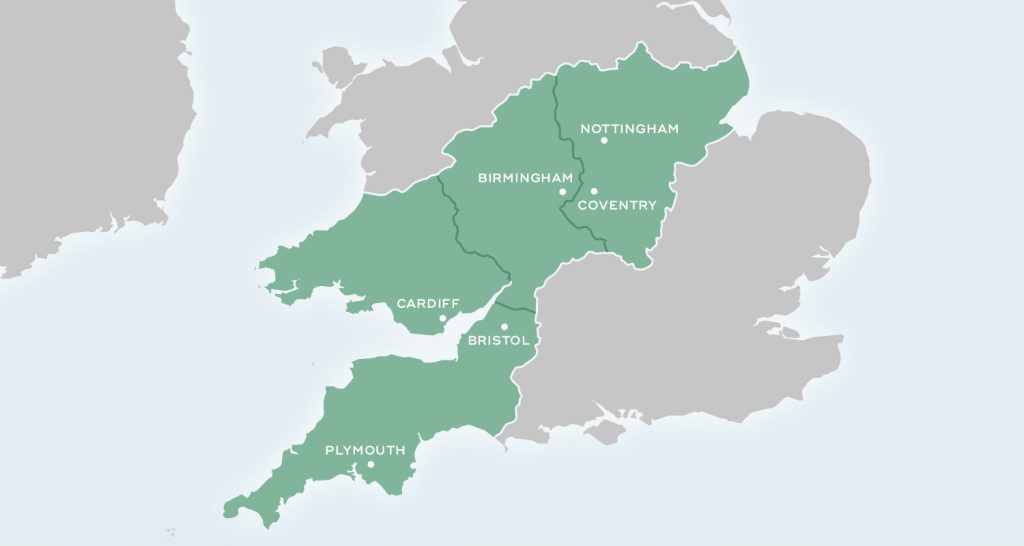 Is your postcode in the WPD area? Register interest

Participants will be assigned by CrowdCharge into groups and allocated to one of the project’s energy suppliers’ during Autumn 2020. Various energy trading services will be trialled for the one year period.

During this period, participants will be rewarded for plugging in their Nissan EV for a certain number of times a month and leaving it plugged in for a specified time period.

Rewards may also be earned through the energy suppliers’ dynamic energy tariffs.

More detailed information regarding the participant trial will be available as the energy suppliers join the project.

Find out more about electric cars