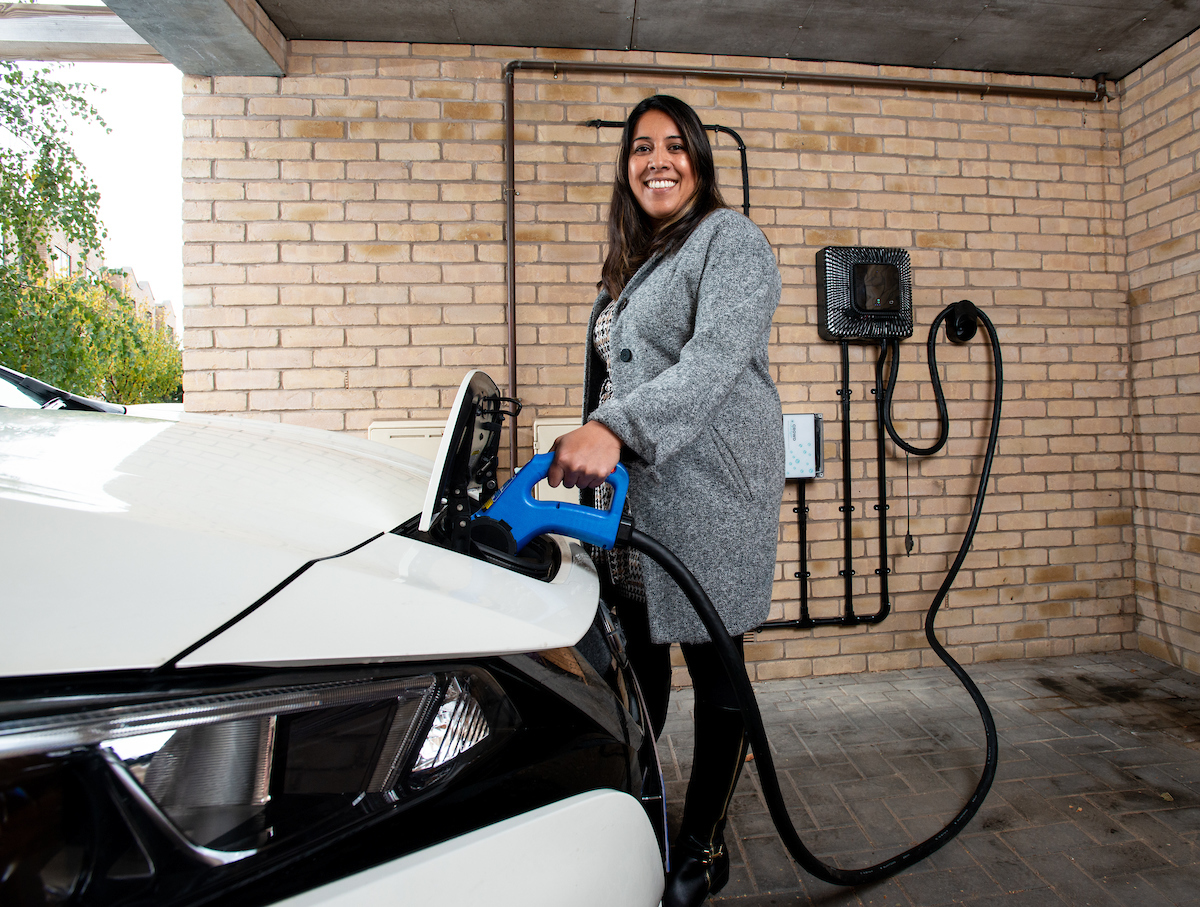 Electric Nation Vehicle to Grid (V2G) has installed the first of 100 V2G chargers, as part of its trial to demonstrate how V2G technology can provide a solution to potential electricity network capacity issues as the numbers of electric vehicles (EVs) increase. Over 450 EV drivers have applied to join the new Electric Nation trial so far.

The Electric Nation Vehicle to Grid trial, a project of Western Power Distribution (WPD) and CrowdCharge is recruiting Nissan EV owners in the WPD licence areas of the Midlands, South West and South Wales to take part in the trial of Vehicle to Grid smart charging technology. Currently, only Nissan EVs can be used for V2G charging due to their CHAdeMO technology.

The Electric Nation Vehicle to Grid trial is all the more important in light of the Government announcement to end sales of petrol and diesel cars and vans by 2030, meaning that there will be a more rapid take-up of electric vehicles over the next ten years.

The trial is using the Wallbox Quasar, the smallest and lightest bidirectional charger for home use. By using a vehicle to grid charger, EVs can put energy back into the grid at peak times. This technology reduces the need for extra electricity generation or network reinforcement.

Rasita Chudasama is the first Electric Nation Vehicle to Grid trial participant to have a charger installed, which happened at the end of October.

Rasita says “I’m delighted to be part of the Electric Nation Vehicle to Grid project and to play a role in trialling this exciting new technology. By reducing the potential impact of EV charging on electricity networks, V2G should support the rapid uptake of electric vehicles, which will help us to improve local air quality and combat climate change. I’m looking forward to seeing how V2G works from an EV driver’s point of view.”

The V2G trial follows the first Electric Nation project from 2018/19 which at the time was the world’s largest EV smart charging trial. The trial captured data from more than two million hours of car charging, providing real life insight into people’s habits when charging their vehicles.

The Electric Nation Vehicle to Grid trial is offering free installation of the V2G smart chargers worth £5,500 to Nissan EV drivers who live in the WPD regions. CrowdCharge is recruiting 100 people for the trial to help Distribution Network Operators (DNOs) and others to understand how V2G charging could work with their electricity networks.

Electric Nation Vehicle to Grid is the first V2G project to use multiple energy suppliers instead of just one. This means that the trial is a more realistic simulation of a future world in which many streets will have a number of EVs using V2G chargers operated by different energy suppliers. Flexitricity has recently been announced as the project’s first energy partner, with up to four more to follow.

During the one-year trial each supplier will use the V2G chargers to test their various energy services, such as using the EVs that are part of the Electric Nation trial to put power back into the electricity grid when required, and charging the EVs during periods of excess supply in the system.

All the suppliers will use CrowdCharge’s demand management charger platform, which provides optimised charging sessions to ensure that the customer’s vehicle will be charged at the cheapest rate whilst being ready when needed.

Mike Potter, CEO of CrowdCharge, comments: “Vehicle to grid charging is a great concept, but it hasn’t yet been trialled sufficiently on Britain’s electricity networks to enable it to be rolled out on a country-wide basis – hence the need for this project. This trial will provide a smart solution for the management of electric vehicle charging and will study the real-world benefits of V2G.”

By plugging in at specified times and putting energy back into the grid, active participants of the Electric Nation Vehicle to Grid project are expected to earn a minimum reward up to the monetary value of £120, available over the one-year trial period from March 2021 to March 2022.

Ricky Duke, Innovation & Low Carbon Network Engineer at WPD, explains “Although we’ve already had more than four times as many applicants as there are places for the trial, recruitment remains open to ensure the project secures the best possible mix in the 100 participants. It’s really important for us to see how our customers engage with innovative energy services such as V2G so we can factor it in to our future investment plans”. 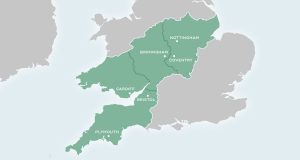 • Must be resident in the Western Power Distribution (WPD) licence area (Midlands, South West and South Wales)
• Must have a Nissan EV with a battery capacity of at least 30kWh or more
• Need to have the vehicle until the end of the trial (March 2022)
• Need to have off-road parking
• Will use the CrowdCharge mobile app to manage charging
• May need to switch to a new energy tariff if required by their assigned project energy supplier
• May need to have a new smart meter put in/updated as part of the project participation.

Although the application process for the Electric Nation Vehicle to Grid project is now open, the timescale for charger installations is subject to confirmation based on government advice in relation to COVID-19.

For more information and to apply to join the project:

The Electric Nation Vehicle to Grid project, with the official WPD project name ‘Electric Nation: Powered Up’, is recruiting 100 electric vehicle drivers to trial state-of-the-art domestic Vehicle to Grid (V2G) Smart Charging in order to help Distribution Network Operators (DNOs) and others to understand how V2G charging could work with their electricity networks. This will allow DNOs to see what V2G looks like as a service, so it can be made available to everyone. EV drivers can help to balance variations in national energy production and consumption and can save money by buying energy when it is cheaper and greener. This project is effectively imitating the future.

The application process for the Electric Nation Vehicle to Grid project is now open; the timescale for charger installations is subject to confirmation based on government advice in relation to COVID-19.